how to create a web page for free

The Age Of Nemesis Now 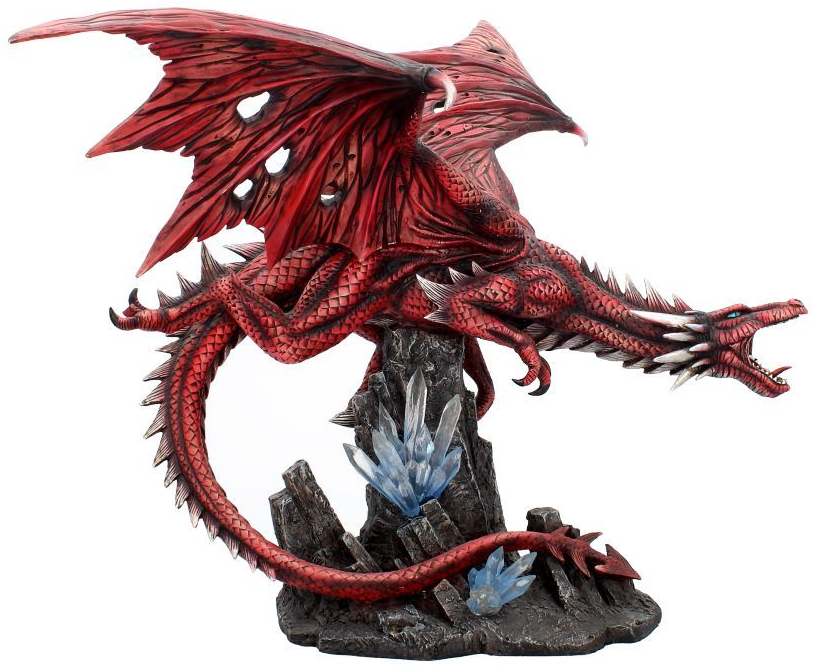 Discover a world of winged elves and dragons, brought to life through superb detailed figurines

You may have seen some of the hundreds of Nemesis Now figurines that have been released over the years.
But you won't have seen any stories about the figurines, because there are no official stories.
There are myths though - whispered by those who believe in magic.
Here is one such myth - a tale of dark creatures, winged elves, fearsome dragons and a war that transformed the world...

The Daughters of the Nemesis

No one knows where the Darkness came from.
But there is no doubt about the devastation it brought, through its army of "Dark Ones".
These "Dark Ones" were human once. The Darkness deformed their bodies, warped their minds and ejected their souls.
Millions of Dark Ones were created, as the great cities succumbed to the Darkness.
Countless lives were lost in the battles that followed - with survivors taking refuge in forests and woodlands.
In just a few short years, civilisation had collapsed and the world had fallen into despair.
But just as hope was virtually extinguished, the Nemesis Crystal arrived.
Descending on a fiery trail from the sky, the huge Crystal crashed into the land, unleashing a massive shockwave.
As the land around the Crystal cooled, thousands of large eggs were visible around its base.
Forged by magic, these were the first dragon eggs.
Many women with light still in their hearts were drawn to the Nemesis Crystal.
When the women touched the surface of the Crystal, they were transformed into winged elves, endowed with the power of White Magic.
These "Daughters of the Nemesis" were charged with rearing the dragons and training them to fight the Dark Ones.
The battles raged for years.
Dragon fire decimated vast areas of land, with countless Dark Ones perishing in the flames.
The Darkness fought back, sending wave upon wave of Dark Ones in attempts to destroy the Nemesis Crystal.
But eventually the continual onslaught of the dragons succeeded - and the forces of Darkness were defeated.
The world is at peace now. But the Dark Ones were not all destroyed. Large numbers scattered into hidden places.
So the Daughters of the Nemesis continue to rear and train their dragons, forever watchful.
This is the fifth age of humankind - the age of the Nemesis Crystal. An age the Daughters call simply "Nemesis Now". 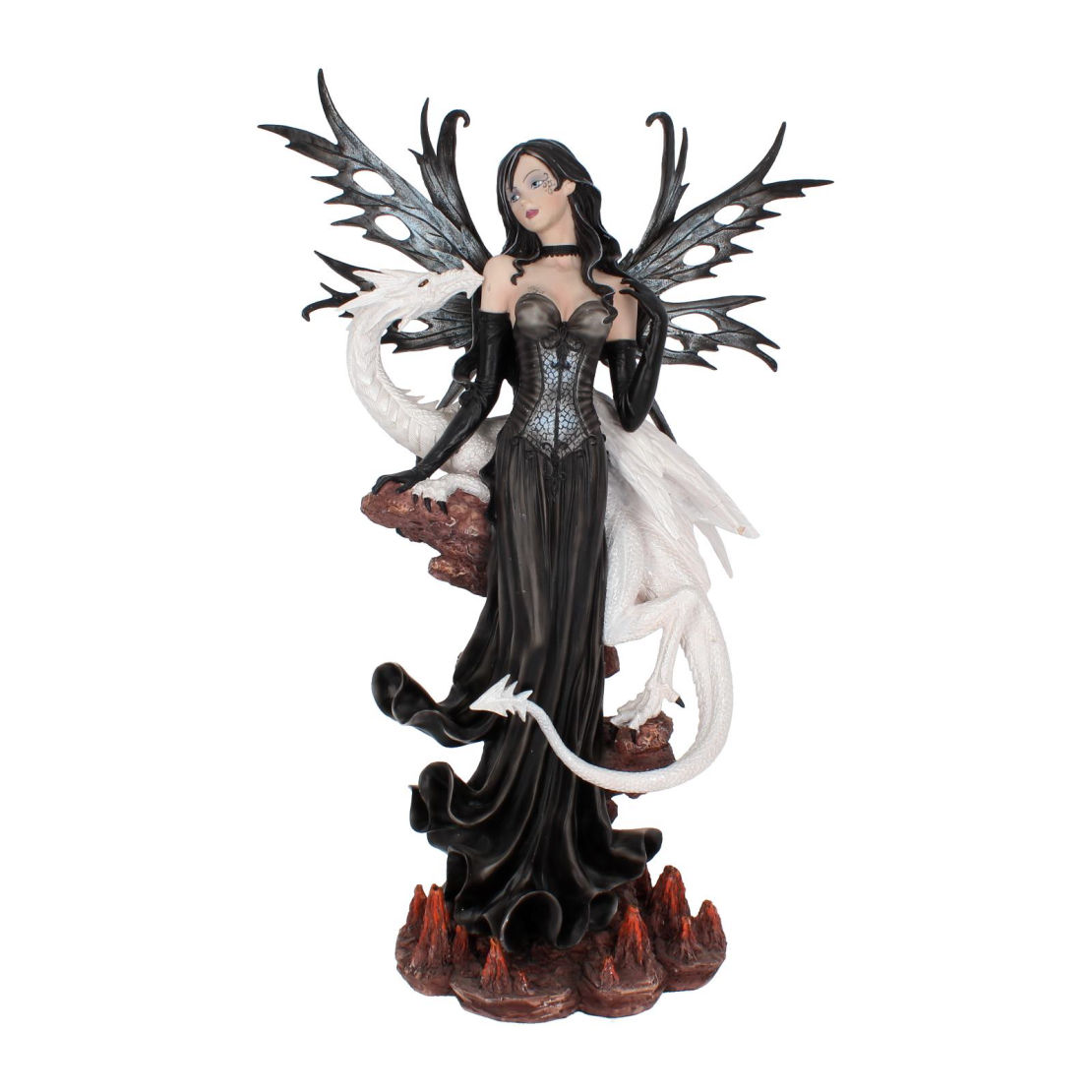 Many figurines show use of magic through staffs and crystal orbs

For more details of dragons and magic, visit the Dragons and the Magic links on the menu at the top of the page 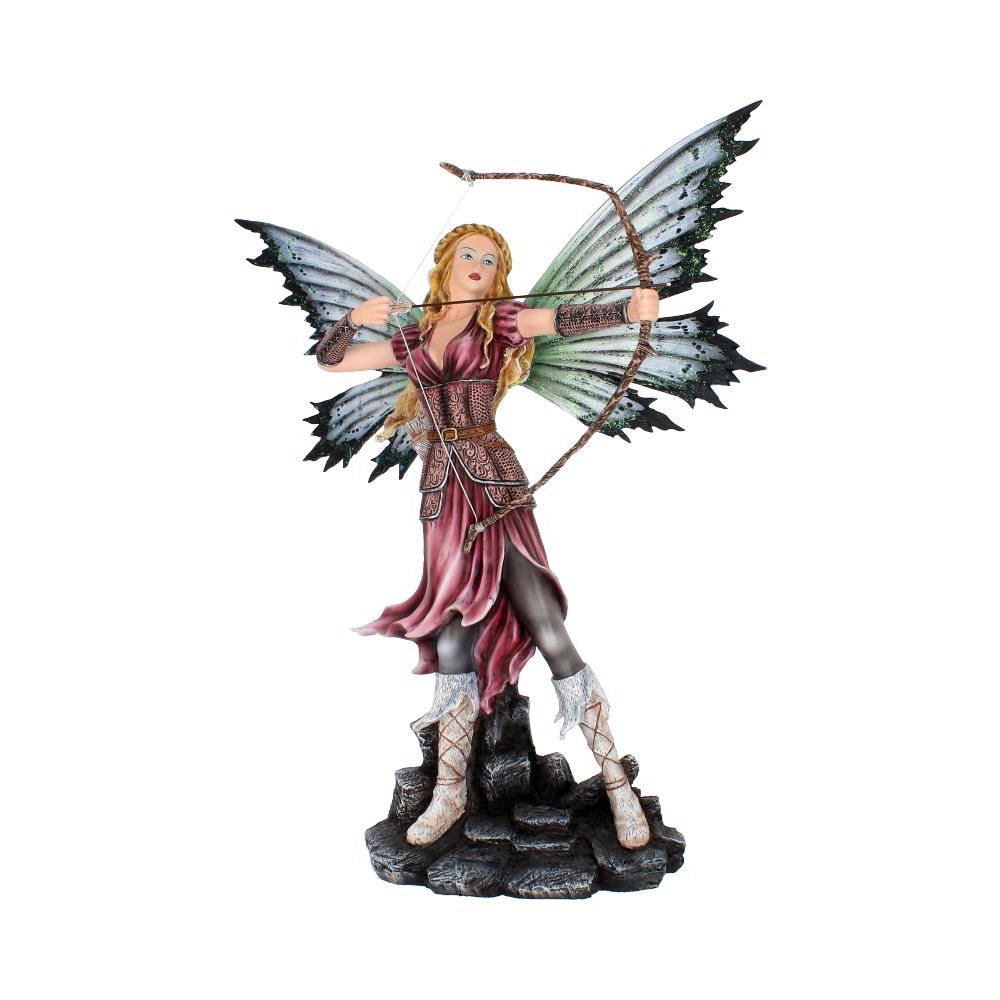 The war may be over, but countless Dark Ones remain, posing an ongoing threat to the land.

There is a continuing need for hunters and protectors, such as the winged elf Shea, shown here.

For more details of the hunters, visit the Hunters link on the menu at the top of the page 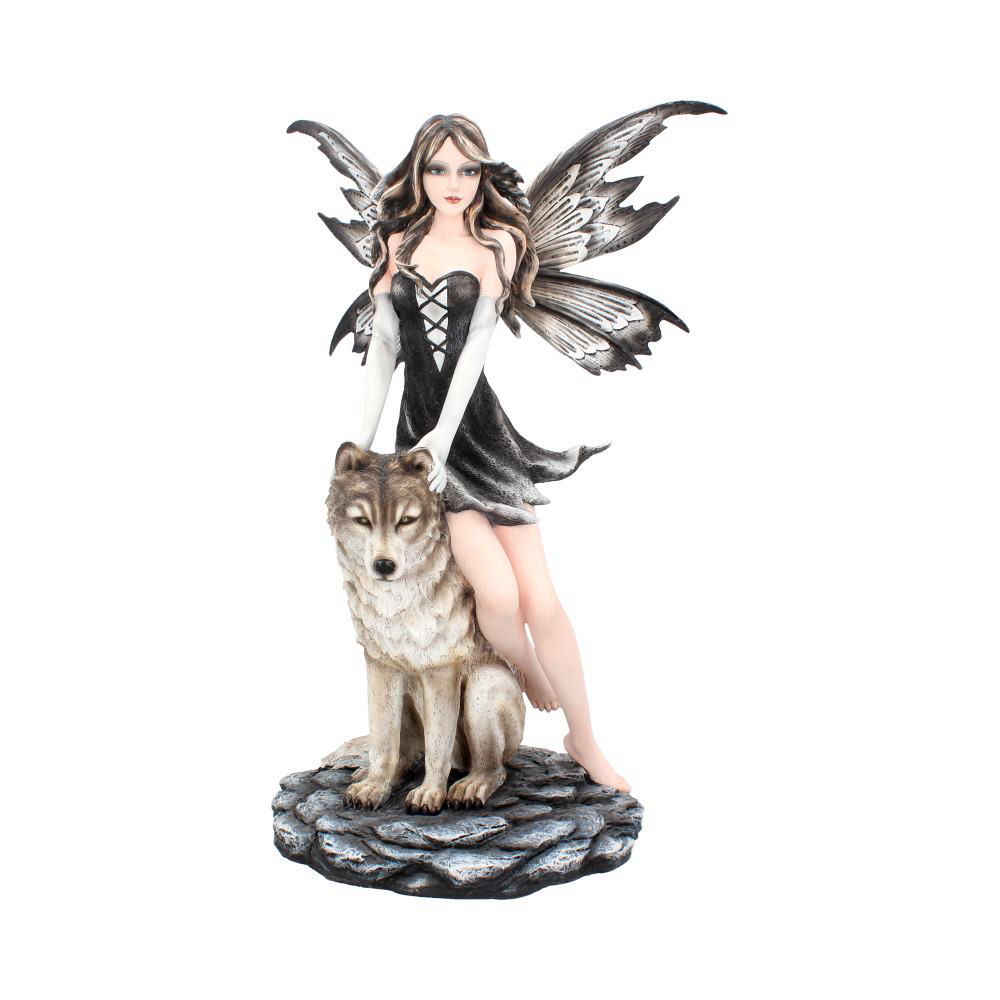 Many of the Daughters work with wolves and ravens.

Here Dinah appears with one of her wolf pack.

At the bottom of the page, Andras appears with one of her ravens.

For more details of wolf and raven mistresses, visit the Wolves and the Ravens links on the menu at the top of the page.

We prefer the term "winged elves", which is more closely aligned with modern fantasy fiction.

Both terms are valid, so you can use whichever you prefer. 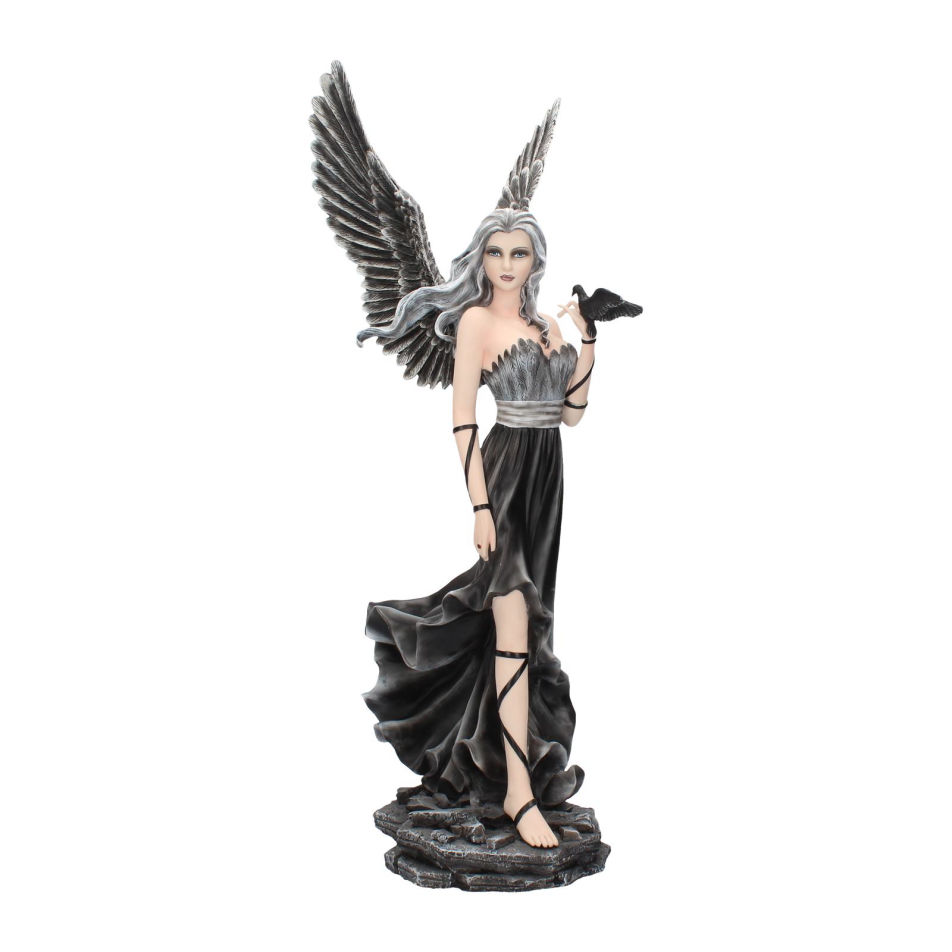 Hundreds of different Nemesis Now figurines have been released over the years, many of which are now retired - replaced by new ones.

All the figurines shown on this site are the very large, highly detailed ones. They are typically 60cm tall - hand-painted artistic fantasy sculptures.

There are also many standalone dragons including the huge 50cm Fraener shown at the top of the page.

Some of the other pages on this site show more details of the different types of figurines - Hunters, Wolf Mistresses, Raven Mistresses and others.

The central story is on the home page